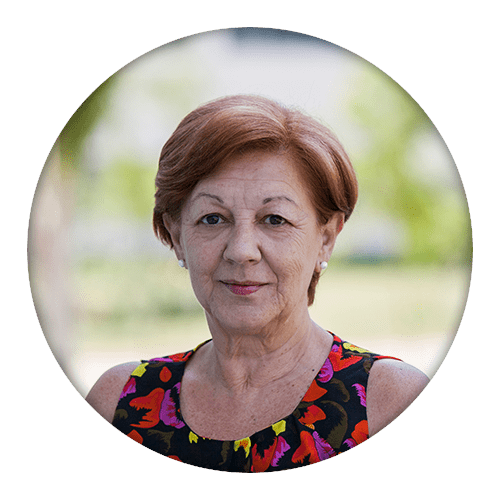 Bachelor Degree in Journalism at Universidad Complutense of Madrid

DEA by URJC. in Communication Sciences from URJC

1982/1997: Director of Communication at Spanish Union of Agrarian Credit Co-operatives ()

1987/1990: Director of Communication at Union of Wineries Co-operatives

1994/1996: Editorial manager at Social Economy Magazine, a publication by the National Institute for the Promotion of the Social Economy (Labor Ministry)

1999/2002: Collaboration with Pan American Health Organization (PAHO) in Washington, hired as an Associated Professional to correct and edit publications in Spanish Castillian.

This website uses cookies to improve your experience while you navigate through the website. Out of these, the cookies that are categorized as necessary are stored on your browser as they are essential for the working of basic functionalities of the website. We also use third-party cookies that help us analyze and understand how you use this website. These cookies will be stored in your browser only with your consent. You also have the option to opt-out of these cookies. But opting out of some of these cookies may affect your browsing experience.
Necesarias Siempre activado

Any cookies that may not be particularly necessary for the website to function and is used specifically to collect user personal data via analytics, ads, other embedded contents are termed as non-necessary cookies. It is mandatory to procure user consent prior to running these cookies on your website.